Serving clients for over 15 years.

When you demand excellence in representation and need a top name with real negotiating power, contact MPM Law Firm 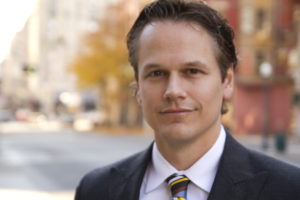 Michael P. McCafferty focuses his practice in the areas of real estate law, contract representation and negotiation, small business advising, business litigation, and domestic relations/family law matters. Mike is licensed to practice law in both the State of Ohio and the Commonwealth of Kentucky.

Mike has also been licensed as a Certified Contract Advisor by the NFL Players Association since 2010. As an agent, Mike has negotiated contracts with 20 of the 32 NFL franchises and currently represents players on the Green Bay Packers, Houston Texans, Las Vegas Raiders, and Tampa Bay Buccaneers.

Mike is a 2004 graduate of Vanderbilt University Law School, where he also earned a Certificate of Specialization in Law and Business from Vanderbilt’s Owen Graduate School of Management. Mike was born and raised in Cincinnati, Ohio, graduating from St. Xavier High School before moving on to Miami University, where he earned a Bachelor of Science Degree in Finance.

Mike was admitted to the Ohio Bar in November 2004, the Federal Bar for the Southern District of Ohio in February 2005, and the Kentucky Bar in May 2005. He has lectured at The University of Cincinnati College of Law and Northern Kentucky University’s Salmon P. Chase College of Law.